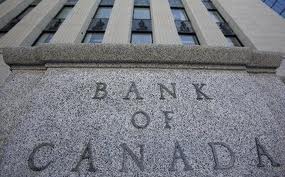 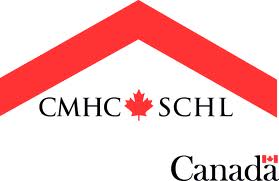 Why The Bank of Canada Rate Cut May Not Bring Down Mortgage Costs, The Globe and Mail

This article appeared on The Globe and Mail on Thursday, January 22nd, 2015 and was written by Robert McLister.

It could be a boon for mortgage shoppers or 2015’s greatest mortgage disappointment.

I’m talking about the Bank of Canada’s 0.25 per cent rate cut Wednesday. At first blush, it was an unexpected bonus for mortgage borrowers. Prime rate was expected to drop as it usually does, in this case from 3.00 per cent to 2.75 per cent. That would have saved variable-rate mortgage holders 0.25 per cent, or roughly $500 per year on a $200,000 mortgage.

But now, all in mortgage-land are waiting and wondering if Canada’s major banks will actually pass along that rate cut. The Globe and Mail’s Streetwise reported Wednesday that TD Canada Trust may not reduce its prime rate. (TD sent me a statement this morning confirming that it is not changing prime rate “at this time.”)

More than nine times out of 10, banks do drop their prime rate in lockstep with Bank of Canada overnight rate cuts. But banks have also been known to hold back a cut for themselves. The last time that happened was December 2008. The Bank of Canada slashed rates 0.75 per cent. Yet, the major banks lowered prime rate by only 0.50 per cent.

We’re in a different world this time around. The average home price is 44 per cent higher than 2008, debt levels are at a record, bank revenue is pressured by multi-year lows in mortgage growth, competition has shrunk net interest margins and Ottawa had burdened banks with heaps of regulatory, capital and securitization restrictions. That makes banks and the federal government quite reluctant to see a lower prime rate.

The housing policy factor cannot be underestimated, not with the Bank of Canada admitting that certain regions’ home values may be up to 30 per cent overvalued. I spoke with one capital markets executive Thursday. He said, “I wouldn’t be surprised if the Bank of Canada called all the major banks and said, ‘Don’t use this rate cut as fuel to get more debt in consumers’ hands by lowering rates.”

Fortunately, despite TD’s reluctance to change prime (so far), if one of the major lenders does lower its prime rate, they likely all will. But if they do, there’s a very real chance the banks may also reduce variable-rate mortgage discounts. Instead of prime minus 0.65 per cent, for example, they may increase variable rates to prime minus 0.50 per cent or higher, in order to offset their lost margin. Playing their hands this way would attract less public criticism than overtly keeping the Bank of Canada’s cut for themselves.

If the banks don’t in fact pass along the Bank of Canada’s rate cut, the Big Five bank CEO’s may want to take shelter in their underground Bay Street bunkers — for there will be nuclear fallout from that decision.