This article appeared in the Kamloops Daily News on November 8th, 2011 and was written by Cam Fortems. 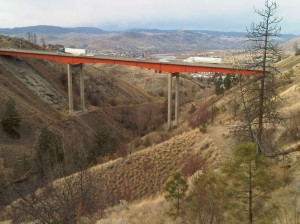 Kamloops is poised to be one of B.C.’s best real estate markets in the next five years, according to a report released Tuesday by a Greater Vancouver-based firm.

Real Estate Investment Network placed Kamloops No. 3 in its list of top 10 markets. That’s up one place from a similar survey two years ago.

Investment network president Don Campbell said job growth, prices and the city’s status as a transportation hub are all important to the ranking.

Nudging out Kamloops are Surrey at the top, followed by Maple Ridge/Pitt Meadows.

“It’s definitely not overpriced especially on what’s coming for growth,” said Campbell, who authored the report.

“Your income is already above the provincial average and the average age is below the average — two very good signs.”

“With the population expected to hit 100,000 by 2018 it will take concerned effort for the City of Kamloops to provide enough housing stock to keep up with demand,” the report said.

The report also said prices here are one-third lower on average than comparable housing in the Lower Mainland.

The report factored in “as a potential” opening of the proposed Ajax copper mine within the five-year time frame of the forecast and the stimulus that would bring to the housing market.

The report is aimed at investors and homeowners. The company does not sell real estate.

Campbell said investors are still able to make money purchasing condominiums and townhouse units and renting them out in Kamloops and other communities.

The report also factors in a potential 1.25 per cent increase in mortgage rates within the next two years.