Tranquille on the Lake, A New Waterfront Development in Kamloops 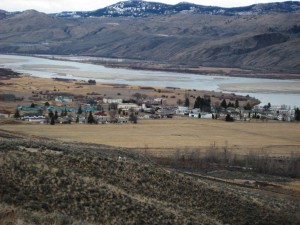 Tranquille on the Lake is a former Tuberculosis Sanatorium. It is currently in the early development stages of a comprehensive waterfront village plan. The developers have a grand vision for this large lakefront parcel of land. I came across this website recently and found that their ideas and concepts for this region are very interesting. I thought before looking at what the developers plans are, it would be good to revisit this region’s very rich history. 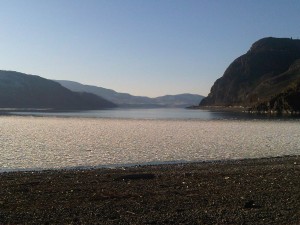 Tranquille, also known as Padova is located at the eastern bay of Kamloops Lake. It gets its name from the Tranquille River that enters Kamloops Lake in this area. In the 1840’s and 1850’s this area was a main route for fur traders, passing along the north shore of Kamloops lake. The area was largely uninhabited until gold was discovered in 1857. The area was mined for years to follow.

In 1868 the Fortune family developed the first grist mill and sawmill in the area. It was run by a waterwheel using water from nearby Tranquille Creek. The ranch was established in 1878. They successfully ran the mill and farmed until a disastrous fire in 1898. A decade later the ranch was then sold to the Troup Brothers in 1888 where a large 18 room mansion was built to later be repossessed after they went bankrupt in 1892.

Charles T. Cooney and his wife Elizabeth in the meantime had take up land at Tranquille in 1869. The ranches (Fortune and Cooney Families) prospered with cattle, hay and fruit orchards. Cooney passed away in 1917 and his wife in 1942. Their family plot (cemetery) is still kept up by the Provincial Government today. 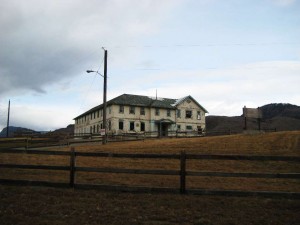 As early as 1897 the Fortune family was taking in TB patients at their ranch. The Fortunes sold their ranch in 1907 for $57,000. The hospital was officially named the King Edward Sanatorium but was known as the Tranquille Sanatorium. Many residents of Kamloops opposed the Sanatorium.

Construction on the property began in 1908 with the new main building, the hospital and administration building in 1912, nurses residence in 1913 and the east and west pavilions in 1914 and 1915.

The CN Railway along the north side of Kamloops lake was completed in 1915 making this area more accessible.

The government purchased the Cooney farm in 1922.

The Sanatorium was a very self sufficient entity for decades operating both as a hospital and farm.  There were as many as 40 buildings on the property. Tranquille housed over 600 patients and staff at one time. The BC Health Minister closed the Sanatorium in March of 1958.

After closing the Sanatorium in 1958 it was reopened in 1959 and then became the home of an institution for mentally ill patients. There was a large movement for deinstitutionalizion in the 1980’s which led to it’s closure in 1984.

The Developer’s Vision for Tranquille 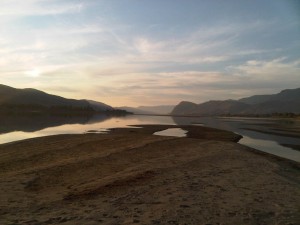 The developers have defined three areas where residential homes will be built and sold. Click here to view their neighbourhood plan. Each neighbourhood will have it’s own distinct personality. The village is still in it’s planning stages and there are not yet any properties for sale currently.

The plan sounds great. I really like the ideas they have for this property. It is however going to take years to develop. I do believe that once these plans are put into play they will create a fabulous community. 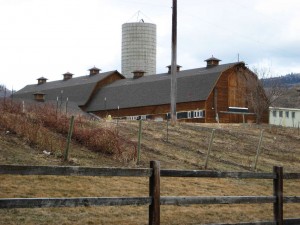 The developers have built new buildings on the site, refurbished some of the pre-existing homes and dealt with some of the environmental issues such as asbestos and lead paint. There is farming activity right now. Currently there are hay fields and produce (cantelope, blackberries, cherries, grapes and more).

Kamloops lake is a vast body of water stretching for miles. Motorized boats are permitted on this lake. This is one of the closest bodies of water to Kamloops and for the most part is very undeveloped due to the fact that it is mainly surrounded by either steep cliffs or railways. The nice thing about this property is that the CN tracks are not very close to the development site. People will not have to cross any tracks to access the property.

There is space currently available in the heritage barns that have been refurbished on the property. The developers have a nice website set up for this project where you can sign up for further information on the residential plans, becoming a part of the artisan market, volunteer and/or be a part of the planning process. Click here to sign up on their site.

A video and story provided by CFJC TV7. Link