Multi-family Developments On Rise in Kamloops 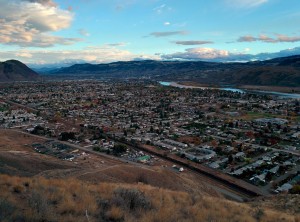 This article appeared on Infotel.ca on October 24th, 2014 and was written by Jennifer Stahn.

KAMLOOPS – Requests to build more than 90 housing units were before council this week as developers look to move forward on projects around the city.

Projects for the industrial area of McGill Road, on Tranquille Road in Brocklehurst, downtown Battle Street and Qu’Appelle Boulevard in Juniper Ridge were all up for discussion Tuesday.

Council agreed to send the McGill Road project, which includes 14 residential apartment units situated in a commercial and industrial complex across from the new Telus Data Centre, and a 20-unit duplex development on Tranquille Road close to the airport to public hearing.

“This is our first development of this nature in our city,” Development Director Marvin Kwiatkowski says of the McGill complex, adding it would be different than the caretaker units that already exist in some industrial areas.

An 18-unit rental complex for 801 Battle St. got another look following an appeal by the developers earlier this month. Council agreed at the time to send it back to a public hearing, set for November, and Tuesday council got a preview of the new plans.

A 40-unit complex set for Juniper Ridge was also before council as the developers looked for a development permit, a necessary step before the project can move forward.