This article was written by Jeremy Deutsch of Kamloops This Week on January 9th, 2012. 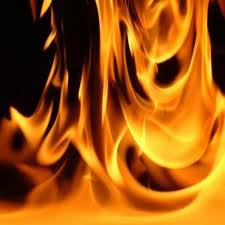 For some, a mobile home is an affordable alternative to buying a house or an apartment.

But, when a fire breaks out, they can be particularly deadly — especially older mobile units.

“They are a concern to us,” Kamloops Fire Rescue Chief Neill Moroz told KTW.

He said the problems tend to arise in older units that have a wood-panelling finish on the interior, because a fire can spread faster than in new models built with drywall.

Mobile homes in general also tend to be smaller and more confined, which can make it harder to escape, while putting occupants closer to flammable material.

Older units have become such a concern in recent weeks that the B.C. Coroners Service and Office of the Fire Commission have taken the unusual step of issuing safety warnings to owners and operators of mobile-home parks in the province.

The two provincial organizations noted studies that show fires in mobile homes tend to be more devastating than in other forms of housing.

The warnings come after seven people were killed in a five-day span in five separate fires around B.C. at the end of 2011.

One of the fires in Sicamous took the life of a father and his two young children.

Mobile-home fires can also be a challenge for firefighters due to  the speed in which the units burn.

“When a fire reaches a certain point, it’s extremely dangerous for our firefighters to enter,” Moroz said.

There are steps mobile-home owners can take to reduce the fire risk.

Moroz said every unit should have working smoke detectors and occupants should have a way of getting out from every room.

The B.C. Coroners Service has also put together several recommendations, including:

• Have furnaces inspected at least once a year and clean the blower and filters often to prevent overheating.

• Ensure electrical wiring and appliances are in good working order.

• Watch for signs of wiring trouble, including flickering lights for no apparent reason; warm, inoperable, strange-smelling or discoloured switch plates or outlets; sparking or electrical arcing; or a blown fuse or tripped circuit breaker.

• Avoid the use of space heaters if at all possible. If it is essential to use one, use a CSA-approved model and ensure it is well away from drapes, bedding, clothing and other flammable materials.

• Consideration should be given to replacing wood-based combustible wall coverings with gypsum board products, which slow the progression of fire.