This article appeared in Kamloops this Week on February 11th, 2011 and was written by Jeremy Deutsch. 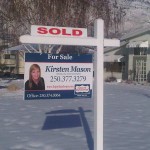 Though many of the real-estate conditions in Canada appear to be bipolar, the Tournament Capital is expected to be the bastion of stability in the market. The Kamloops and District Real Estate Association (KDREA) is predicting no major swings in the market — up or down — in 2011.

“It’s certainly not a hot market,” said Dick Pemberton, KDREA president. “Stable is the best term to describe it.” He makes his prediction despite a dip in sales last month.

However, Pemberton said real-estate agents in the region have noticed a dramatic increase in the number of people stopping in at open houses in the last few weeks, leading to a more optimistic forecast for the spring and summer.

Some real-estate experts are predicting house prices across Canada will fall by as much as 25 per cent in coming years, while other reports have the Vancouver housing market heating up, similar to last decade. But, tighter mortgage rules recently introduced by the federal government will no doubt keep some buyers out of the market.

Ottawa has lowered the maximum amortization period for a government-insured mortgage to 30 years from 35. The change is meant to help lower consumer debt. It’s a move applauded by the KADREA members, which sees it as a positive change in the long term. “Given the economy right now, we felt it was a prudent move and won’t have a significant impact on the market place,” Pemberton said. He added it takes borderline buyers out of the picture until they’re in a better position to purchase a home.

With no major increase in interest rates in the horizon, Pemberton suggested it’s still a good time to get into the market. Homes sales weren’t the only stats to take a dip last month.

The number of single-family permits issued by the city also dropped to just four in January, from 13 the previous year. The city also issued $5.4 million in commercial-building permits for the month, but the combined total of the two sectors failed to match the $13 million in overall permit activity from January 2010. It’s a slow start for the city’s building-permit department, which handed out $191 million worth of permits in 2010.