Even Cut in Prices Not Enough to Sell at Tobiano, Court Ruling Shows

This article appeared in the Kamloops Daily News on September 29th, 2011. 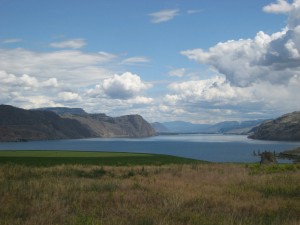 Cutting lot prices at Tobiano in half may still be insufficient to sell property at the resort, according to information contained in a B.C. Supreme Court ruling.

An appraiser’s opinion on market prices for lots at Tobiano is contained in a ruling released Wednesday as part of the receivership process of Tobiano. The resort was forced into receivership in June this year by major creditor Bank of Montreal.

Pagebrook and Grenier together owe more than $48 million dollars on the project and could no longer make payment demands when the bank took action.

The receiver is attempting to package the resort to another developer and is also continuing individual lot sales. But the court document shows little sales activity has occurred at the resort on Kamloops Lake.

Despite the near shutdown in sales, court documents show Grenier opposed what he characterized as “near fire-sale” prices, agreed to by the receiver, on three lots. Those deals needed approval by the court, which is overseeing the receivership.

“Considering current absorption rates, the existing inventory of developed lots is excessive if prices remain unchanged. Moreover, the majority of more recent sales have been the result of aggressive marketing and pricing program at a 50 per cent reduction.  In order to build momentum, a sustained and even more aggressive marketing and pricing program will be required.”

Grenier argued the lots have not been adequately marketed. But Harris also rejected that, noting extensive advertising and contact with 36,000 realtors.

In the wake of the 2008 recession, Pagebrook itself offered 50 per cent discounts on lot prices. But the court document said those list prices are higher than today’s list prices, making the discount three years ago less than that of recent sales.

“In my view, these lots have been exposed to the market for several years, but have attracted little or no interest at the prices they were offered,” Harris wrote.