CMHC Chief Says Housing Agency Considering Passing on Mortgage Risk to Banks, Financial Post. This article appeared in the Financial Post on September 19th, 2014 and was written by Garry Marr. 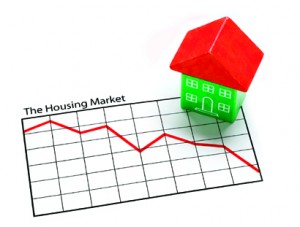 The Canada Mortgage and Housing Corp. is looking at changes to mortgage default insurance that would include sharing risk with banks, the Crown corporation’s chief executive told a Montreal audience Friday.

“In our role as an adviser to government, we are evaluating a range of ideas on future improvements to our housing finance system, including risk-sharing with lenders to further confront moral hazard, future sandbox changes if housing markets are to become less stable, and increased capital requirements,” Evan Siddall told the Saint James Club, according to notes posted on CMHC’s website.

The Financial Post reported this month CMHC was looking at a new formula to push some of its losses on to financial institutions, essentially forcing them to pay a deductible on mortgages insured with the Crown corporation before claims are paid.

Sources have said the Office of the Superintendent of Financial Institutions has been involved in discussions with CMHC, which it oversees, while the Canadian Bankers Association is said to be against the measure. The CBA said it has had a variety of discussions with CMHC about mortgage and housing issues.

Mr. Siddall said in his speech that while Canada weathered the 2008 financial crisis it needed to think about “the next economic storm” to ensure the housing finance system can adapt to it.

“We are re-examining our role in the Canadian housing and financial markets and looking to be part of an even more resilient system,” he said. “As much as we never want to use taxpayer money to bail out banks, governments consistently want to help homeowners in the event of a generalized housing crisis.”

Since his appointment, CMHC has raised fees for mortgage insurance to boost capital requirements while reducing some housing that it covers, including second homes. It has also tightened the rules for insuring self-employed Canadians.

“As a government entity, we need to have a different approach to risk management. Implicitly, we are in the bail-out avoidance business. Lenders pay us a premium to back them up if things go wrong,” said Mr. Siddall. “So we have an explicit responsibility to manage tail risk and survive, since insolvency is a less obvious option for us.”

He noted the government has been compensated for its risk to the tune of $18-billion in profits from CMHC over the last decade.

As a government entity, we need to have a different approach to risk management

“Earlier this year, we measured our mortgage loan insurance programs against the yard stick of attending to Canadians’ housing needs – as opposed to wants, desires well-served by the private sector,” said Mr. Siddall. “As a result of these and other changes, our insurance-in-force has begun to decline.”

The chief executive also addressed the issue of a possible bubble in the housing sector.

“As a risk manager, let me tell you why we aren’t overly worried about a housing bubble at this point in time, based on what we know,” he said. “Our educated opinion is that growth in house prices in Canada will moderate. If we are wrong, and price growth remains strong or accelerates, we may need to look to macro-prudential counter-weights to avoid excesses. As I said, we are currently evaluating them.”