Vancouver, BC – November 15, 2016. The British Columbia Real Estate Association (BCREA) reports that 7,272 residential unit sales were recorded by the Multiple Listing Service® (MLS®) in October, down 16.7 per cent from the same month last year. Total sales dollar volume was $4.4 billion in October, down 24.2 per cent compared to the previous year. The average MLS® residential price in the province was $606,787, a decline of 9.1 per cent compared to the same month last year. 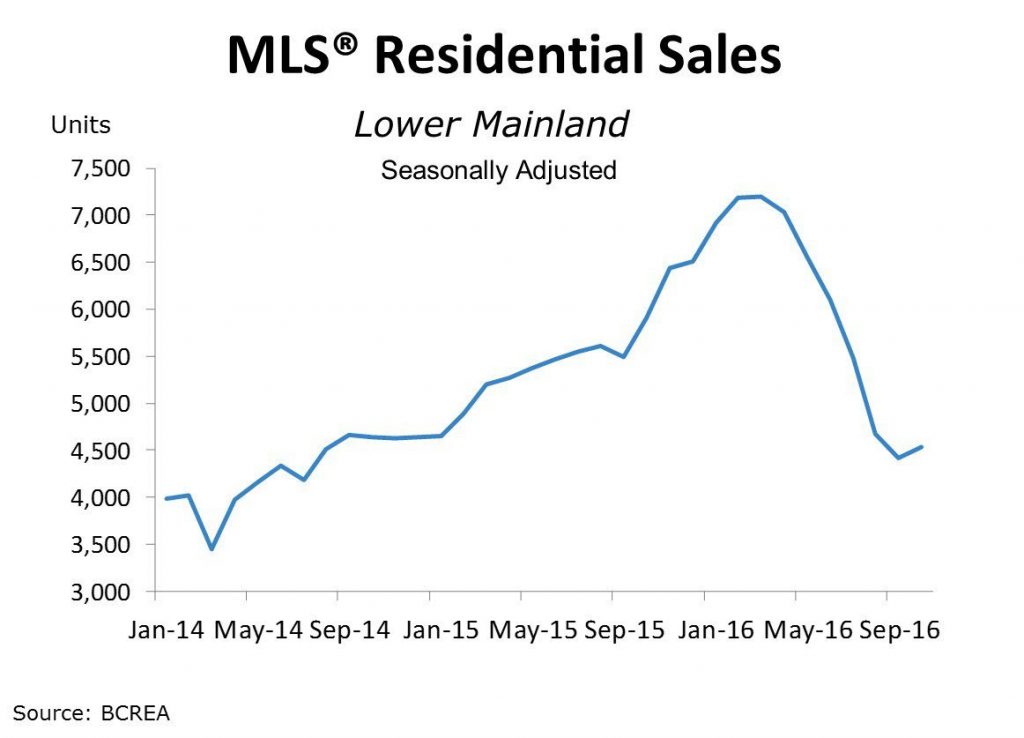 “Housing demand remained mixed across the province in October,” said Cameron Muir, BCREA Chief Economist. “Home sales across the Lower Mainland were down from the elevated levels of one year ago, but stabilized on a month to month basis. In contrast, home sales on Vancouver Island and in the interior of the province continue to post strong year-over-year gains.”

“The decline in the average residential price reflects a smaller proportion of transactions in the province originating in Vancouver,” added Muir. Home sales through the Real Estate Board of Greater Vancouver fell to 31.4 percent of BC transactions last month, compared to 42.6 per cent a year ago.