This article appeared on the CFJC TV 7 News on the 17th of March, 2012. The story was by Doug Herbert. 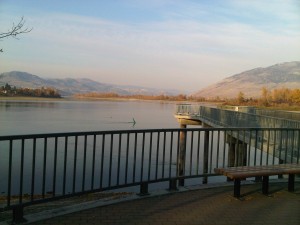 In downtown Kamloops the Lorne street enhancement project is getting a 250 thousand dollar boost from the provincial government.

Mayor Peter Milobar says the total project cost is around 1.3 million dollars and this new money will go towards making the street more walk able. Milobar says it will cover the cost of more benches, fruit and nut trees as well an enhanced entranceway to Riverside park.

On top of the Lorne street upgrades, the Village of Chase gets 365 thousand dollars towards the rebuild of the memorial wharf.

Clearwater gets 400 hundred thousand dollars to expand the Sportsplex dressing rooms, Sun Peaks is receiving the same amount towards a new community centre with Barriere rounding out the list, being given 238 thousand towards a recreation project.