North Kamloops is within five minutes of the downtown core. It is situated north of the city centre and the Overlander Bridge is the main feeder route to this area from the south. There are many different neighbourhoods, parks, shopping and services to enjoy in this area of Kamloops.

North Kamloops has a variety of homes for every budget. Apartment units, townhouses, half and full duplex units, multi-family units and single family homes all exist in this neighbourhood. 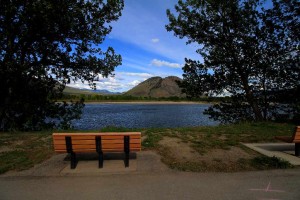 North Kamloops is divided up into small neighbourhoods within the region. A popular area for families is a region east of 8th Street and north of Fortune Drive. Some of the main streets in the region are Windsor Avenue, York Avenue, Cumberland Drive, Richmond Avenue, Brentwood Drive, Schubert Drive, Nelson Avenue, and many other streets which are named after trees such as Birch, Alder, Spruce, Juniper, Cypress and Chestnut to name a few. 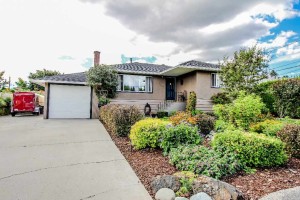 This area of North Kamloops is close to the river’s trail which borders the northern arm of the Thompson river. There are also beautiful beach walks along the shores of the Thompson when the river levels are low during late summer to early spring. 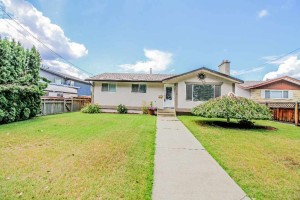 Another area of North Kamloops where many families call home is the area between Fortune Drive and Tranquille Road. Linden Drive and McGowan Avenue are two of the more popular streets in the area. The streets closer to Fortune tend to have less rental units. Many home buyers prefer areas with less rental homes. 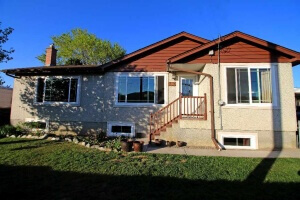 The area of North Kamloops that borders the Thompson river where it becomes one with the North and East Thompson is definitely an area in transition.  This region is south and west of Tranquille Road extending to 12th Street near McArthur Island Park. Homes in this area are typically older and mixed with rental units. There are some beautiful river front properties. Many of the streets in this area are Yew Street, McKenzie Avenue, Royal Avenue, Willow Street, Poplar Street and Campbell Avenue to name a few.

Finally, an area of North Kamloops that borders Brocklehurst, that tends to attract a number of families is the region east of 12th street, west of 8th street, north of Tranquille Road and south of Halston Avenue. There are a number of single family homes, duplex and half duplex units and apartment buildings. These  streets that have very nice, well kept homes, often single family homes in this area have suites. There is also a large amount of half duplex units in this part of North Kamloops. Streets such as Sherbrooke Avenue, Selkirk Avenue, Lethbridge Avenue, Moncton Avenue, Pembroke Avenue and Surrey Avenue have great family homes.

To view all homes for sale in North Kamloops click here.

North Kamloops is home to a number of retailers. Independent Grocers, Safeway, Shoppers Drug Mart, Canadian Tire, Dollar Tree, Dollar Giant and Safeway are larger retailers located in North Kamloops. There are also a number of financial institutions such as TD Canada Trust, CIBC and Bank of Montreal. North Kamloops has a lot of fast food and restaurants, Starbucks, Wendy’s and A&W as well as Whitespot, Denny’s and other smaller restaurant establishments.

Northills Mall is one of the main shopping areas in North Kamloops and it services many of the residents of this area as well as Brock, Batchelor Heights and Westsyde. Many residents of this area don’t need to go to Sahali, Southgate or Dufferin for shopping. Saying that, the big box stores are within a ten to fifteen minute drive of all North Kamloops neighbourhoods.

There are also a number of professional offices in the North Kamloops area that will serve all your needs. 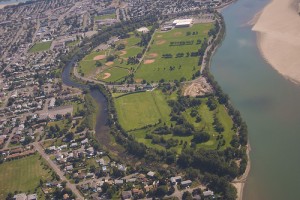 A popular sports area called McArthur Island Park is located between North Kamloops and Brocklehurst on the north bank of the Thompson river. McArthur Island is 51 hectares of playing fields, a mini golf course, indoor sports centre, bicycle paths, park space, a lagoon, wild flora and fauna reserve, marmots, a BMX track and walking trails. McArthur Island is a great place for sports enthusiasts to catch a game or tourists to take in the scenery. McArthur Island is one of the highlights of the north shore.

There is a YM/YWCA located at 150 Wood Street. It has a large work out facility, hosts a number of classes and has childcare facilities.

The Lac Du Bois Grassland Park is located on the north east boarder of Batchelor Heights and is a short drive from North Kamloops. The park is described to have “grassland vistas, spectacular cliffs and canyons, cool, dry forests, secret ponds and small lakes”. The park is 15,000 hectares in size and offers a variety of hiking trails and scenery to enjoy. There is a designated area south of the park for ATV and dirtbike riding trails.

Other larger sports facilities such as the Tournament Capital Centre are locate within a ten to fifteen minute drive of North Kamloops.

North Kamloops is serviced by BC Transit busses on a frequent and regular schedule. Click here to view the BC Transit website. The main bus loop is located at Northills Mall near the intersection of Tranquille Road and Fortune Drive. There are a few different bus routes servicing the area.

North Kamloops is also within seven to ten minutes of the Kamloops airport.