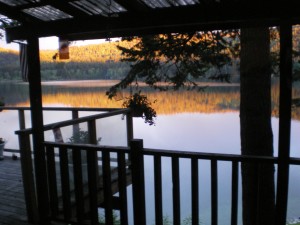 Lower prices are powering a large increase in cottage sales across the country, one of Canada’s largest real estate companies said in a report Monday.

Re/Max said sales of recreational properties such as cottages are higher in 70 per cent of 33 markets the agency tracks.

Activity is especially strong on the low end of the market, the report said, with many markets showing inventory shortages for properties priced at $400,000 and under.

The mild winter weather brought purchasers out earlier in the year in many parts of the country, Re/Max said.

The recreational property market is also witnessing a demographic shift. Sales among baby boomers are much weaker compared to previous years, in part because lower prices for vacation homes in the southern U.S. are enticing some older Canadians to become snowbirds.

But younger families and first-time buyers have stepped in to fill the void in most markets, Re/Max’s report says.

The company singled out several markets as being “value markets” at the moment. They include:

Atlantic Canada, the Laurentians and Eastern Townships in Quebec,
More than half of Ontario — including the iconic Muskoka area
Lake Winnipeg, Canmore, Harrison Lake and Comox Valley/Mt. Washington in Western Canada.

“Opportunity does exist,” Ash said. “Canadians love a good deal, and there’s no question that there are still some to be had in recreational property markets across the country.”