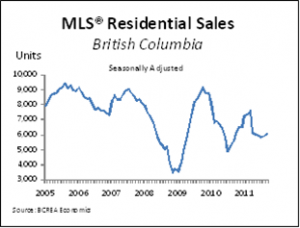 “Despite a modest gain in unit sales, total active residential listings in the province remained elevated in September,” added Muir. A total of 55,616 homes were listed on the MLS® in the province at the end of September.